When Wedding Photography is A Priority 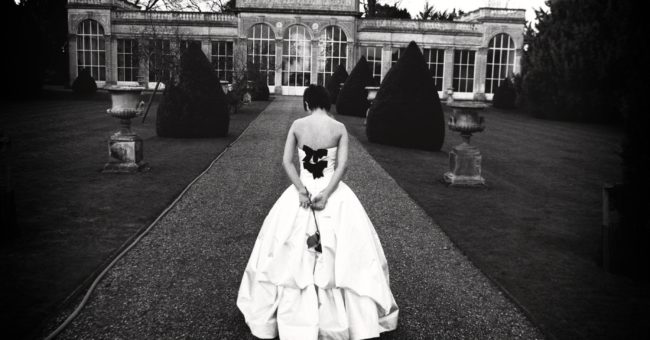 This images was my favorite from the three days of events. A quiet moment in a remote part of the gardens towards the back of the property.

On Valentines’ day February 2002, I photographed one of my top ten all-time favorite weddings. What made this wedding so special? The fairytale location, the magical environment surrounding it, and the company by my side, and the many stories and adventures we shared together during our three days photographing this intimate wedding at a castle in England.

I’ll share one story with you. Being we were all creatives, on the second night we decided this old castle was so conducive, we had to make our own mock horror film, we just could not pass up this once-in-a-lifetime opportunity. We gathered video gear up and followed our fearless leader and director, Doug Brannigan. We galavanted all over the castle grounds that night, until three or four in the morning, shooting vignettes that would be edited into some epic (in our minds) sort horror film once we were all done.

One of the locations we shot in was a tiny room with a shallow six-foot ceiling on the castle’s ground floor. We learned on a tour of the castle the day we arrived, the mistress of the castle used to hid her souter in a secret compartment above a built-in bench in the drop ceiling in this odd room. This was very intriguing when I first heard it, but this whole place was cool.

For those of you who are Downton Abby fans, this castle looked exactly like the one is the show.

Ok, back to our adventure. There was a desk at the far end of the narrow room, Krista my photo assistant for the wedding, sat at the desk as the main character. We used small video lights to light her from either side to give the shot a dramatic effect. Once we were all set up and ready to film the scene, Doug asked for the overhead room lights to be switched off. I was holding the one video light low on the right side of the desk, and Doug’s assistant Sarah, was holding the other light low to the left side of the desk. The low angle created distinct shadows on the mural painted walls for extra spookyness.

The lights clicked off, Doug bellowed ACTION, just as he said this, I started to feel water dripping on my head. I said, “wait, stop, there is water dripping on me.” We flipped the lights back on and tried to find where the water was coming from. There was no water coming from the ceiling and my head was dry to the touch. Confused we switched the lights back off, Dougy Fresh called ACTION again, and we tried it once more. As soon as he said action, I could feel the dripping on my head once more. I started laughing and told them there was water dripping on me again and we all laughed. I said, just shoot. We got the shot we needed. When we turned the lights on again, my head was completely dry and there was no sign of water anywhere. It was more eerie than scary and put a Capital “A” in our adventure.

That was one of two ghostly encounters we had that night. The other one happened when we had the camera locked down on a tripod for a shot. Both Doug and I saw the video camera turn a few inches to the left while completely locked down on the tripod. The camera was rolling at the time so you can clearly see the camera framing change in the recorded video footage as well. We double-checked the tripod was on solid ground and that all the tripod’s knobs were tight.

Whether you believe in ghosts or not, something definitely happened that night, twice. But it was one of the best nights of my life and one of the fondest wedding memories of my career.

The Secrets Of Spectacular Wedding Photography 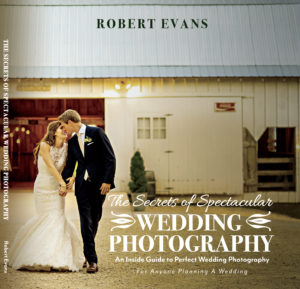 Robert Evans Vision of Your Wedding